Inspired by Christopher Thomas’ mystical photo essay “New York sleeps,” a colleague and I set off for the Big Apple in September to shoot two films, knowing that we would find the city’s buzz, but also hoping to find the city’s quieter side. Not that our schedule gave any hint of this: ten days packed with meetings, interviews, conferences, instagramming for clients and two film projects. In short, a New Yorker’s life in caricature.

Our initial idea was to uncover a different New York – capturing the city’s elusive moments of calm in the style of the popular German photographer. Thomas used a custom-made large-format field camera. Our medium was video. The 80 black-and-white photographs in his 2012 book depict familiar cityscapes, but with a twist. This urban landscape is ghostly and dreamlike: Grand Central Station devoid of commuters, the Brooklyn Bridge a deserted monument, Fifth Avenue sans flâneurs. Not a single photo conveying the hectic way of life we call New York.

Most of Thomas’ images were shot in the wee hours of the morning, “…when even New York’s streets are almost deserted,” Bob Shamis advised us in the book’s foreword. So up we rose at 4:30 on our first morning there, hailing a cab for Central Park. At 5am, an hour and a half before sunrise, we were amazed by the hordes of joggers streaming into the urban oasis. Certain there’d be an empty diner in a side street off 5th Avenue, we found only harried-looking business people and taxis, horns a-blaring. Getting up even earlier the next day was no fix. Was Thomas’ New York for real? Well, yes and no. While Thomas shot his photos in winter when people were indoors, we were there in the warmer months. New Yorkers were up and out the door early; the streets were rarely empty. Thomas also took long exposures of up to 10 minutes, erasing the crowds from his final images. Maybe it was just our bad timing, but we started to wonder if New Yorkers found their solitude elsewhere.

After ten days of visually intensive research, observing New Yorkers from one dawn to the next, we struck upon a new perspective. In between the mad dash from place to place, the push to rush or be trampled, the jogging, the sightseeing, the commuting and the cabbing, New Yorkers do an awful lot of waiting around.

The typical New Yorker seems to never be strolling. Whether it’s 5am or the middle of the night, the New Yorker rushes and dashes through the city. And even when he wants to stroll, he can’t – others will literally run over him. But it’s not only the business people, it’s also the joggers, the tourists, the commuters and cab drivers ­– everyone is speeding into, out of and through the city. In New York, time is a luxury comparable in value to living space.

And strangely enough, the people who aren’t running always end up waiting for something. You wait in line for a restaurant, for a concert or to get into the movies. You wait for a taxi, for the subway, for a hot dog on the corner. Especially in Manhattan, where rent is high and capacity scarce, lines trail down the sidewalks outside delis and shops. Instead of expanding, businesses shift the burden onto customers by making them wait. Waiting is as much a part of New York life as running and rushing. But maybe there’s a secret here. Perhaps waiting is a kind of necessary counterbalance to the frantic rush of everyday life.

In a city where time is money and efficiency sets the pace of everyday life, the last thing you want to do is wait around. That, at least, is how it seems at first. Whether the train is late, the traffic light red or the internet slow ­– people are short-tempered and impatient. Not only in New York, but everywhere in the Western world, waiting has become the modern nightmare. But here’s the paradox: The more efficient we are, the less time we have. If you’re short on time, you’re a top performer, someone in demand. If you have time on your hands, you’re a slacker. The constant pursuit of efficiency seems pathological. It’s hard to understand how we got to this point. How can life can be so busy, now that we have more free time than ever before? A few decades ago, people dreamed of a slim 40-hour work week. Now we have it, but there’s no time for ourselves. This is amplified by the compulsion to be constantly available and online. Technology accelerates, when what we really need to do is to slow down.

Getting off the hamster wheel demands self-discipline, not just time management. We must first re-learn the art of waiting, of indulging in quiet moments. We must turn off the phone and make quality time for ourselves. Cast off our fear of boredom and wasted time in waiting lines.

But there’s an upside to waiting, too. It’s a chance for a creative moment, a chance to reflect on the turbulence of the day that just went by. Waiting can also raise the assumed value of things through anticipation, and can even make people more patient, as Professors Xianchi Dai, of the Chinese University of Hong Kong, and Ayelet Fishbar, of the of the University of Chicago, discovered in recent research. There’s little excitement in a world where everything appears at the snap of a finger. And who knows who you might meet while waiting “on line,” as the New Yorkers call it. Furthermore, social interaction often goes by the wayside when we are rushing from place to place.

The more we saw of New York’s fast-paced lifestyle during our ten days in the city, the more we appreciated those moments of recharging. We even had an inkling that New Yorkers didn’t mind it either. No matter how busy New Yorkers are, they will find their quiet moments somewhere in the city, even waiting in traffic. What seemed a paradox was actually symbiosis. That interplay between the hectic to-and-fro and the moments of recharging is what makes the city fascinating. It was this balancing act that we tried to capture in our film. Enjoy it. OSK is constantly in motion. For most of the year we are on the road, very often abroad. Nearly half of our agency projects take place outside of Germany; since 1993 we have successfully realized projects in more than 40 countries on four continents. Here we plan to regularly feature locations we visit for projects, discover during business trips or we use as venues for our events. These often include cool new hotels, special restaurants and hip bars, but can also feature interesting cities or urban areas, scenic test tracks as well as attractive buildings, museums and galleries. Of course, we also stumble upon exciting local stories, personalities or up-and-coming start-ups during our researches and trips – these topics will find their home here. 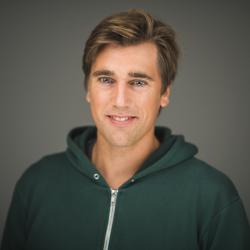 Always on the Road: Around the World in ... Always on the road: Witnessing rays of h...